Are you already user of Spherum FX? Contact us for your update.

Spherum FX is new concept of sound synthesis and design. It is generating a sound by using special waveforms that can be additionally re-synthesized and modulated to create brand new sounds, frequencies and variations.

The usage of Spherum FX in hitech psytrance / darkpsy music

This plugin is designed mainly for creating FX sounds, special sound effects as well as noises, alien explosions, lasers, plasmatic morphing, sci-fi gunshots, electrical, atmospheric discharges and more.
Main goal of the development was to create tool that is very easy to use, intuitive, and always produce good sounding results. Professional sound results are created without endless fine-tuning of knobs / parameters while offering unique / futuristic sound that you never heard before. 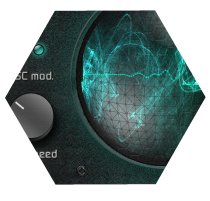 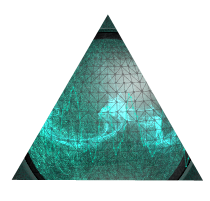 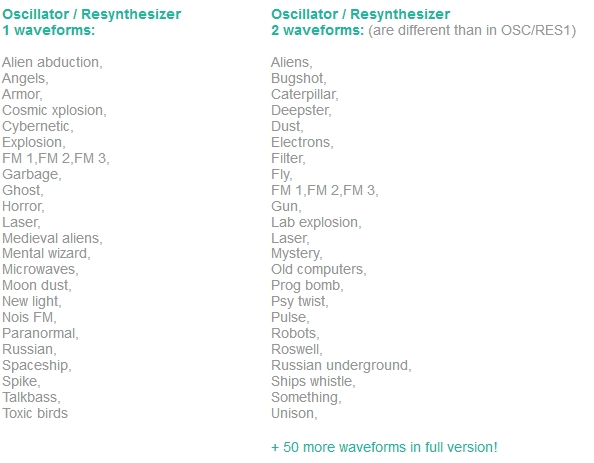 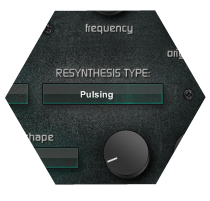 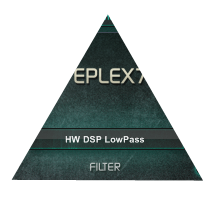 You will get these 45 Bonus presets + 50 new Waveforms after purchase!

+3000 Plus GOOD KARMA Points (instead of -6000 minus Karma points if use pirated software 🙂
– Lifetime updates!
– Access to additional bonus files and next presets automatically by e-mail when released
– Possibility to load new waveforms!
– We will send you download link to next 50 waveforms that you can import / load into Spherum FX after purchase (much wider sound possibilities)
– You will receive next e-mail download links for next waveforms, when released. (Life-time)
– Full version without any restrictions registered to your name
– Complete Midi CC List