“It took me years to design long fade In or fade Out sounds, like drone type. They’re really useful to put a special intensity in your music, which will bring the listener in an intense state of mind. That’s why you will find a lot of them in this package….” said Twisted Kala.

This collection of samples is unique as well as modular synthesizer that was used for creating sounds. It is hand-made on DIY basis from customizable modules with using kits.

All FX samples collection came from the cooperation between
Eplex7 team and Twisted Kala.

This package contains drones sounds (long fade In or fade Out moving on a really slow rate), experimental deep FX, Experimental deep atmospheres, psychedelic weird sounds, percussions (Kicks, Hit Hat, snares and Crashes).
A lot of samples are long, so you can use them on 4 or 8 bar:
When I started to produce electronic music, I really wanted to have some long sounds to put crazy atmospheres in a full sequence. But I was never found them. This is the reason why you find a lot of such sounds in this sample pack.

Together with previous packs vol.1 and vol.2 you will get full sound material from modular synthesizer.

These FX samples were created for all magical producers who want to give strong emotions to their listeners.

These samples were made for producers of any kind of electronic music. They’re also adapted for Trance Music, Psychedelic Music, DarkPsy, Underground Music, Dance Music, Psycore, Hardcore, Dark progressive . As there is many different types of FX, drones, atmospheres, fade out, fade In, and psychedelic short sounds or long sequences, even crazy percussions… the samples can be used also in video games.

The basis for the creation of sounds is modular synthesizer, that is from a big part made on DIY basis (do it by yourself) from customizable modules with using kits. 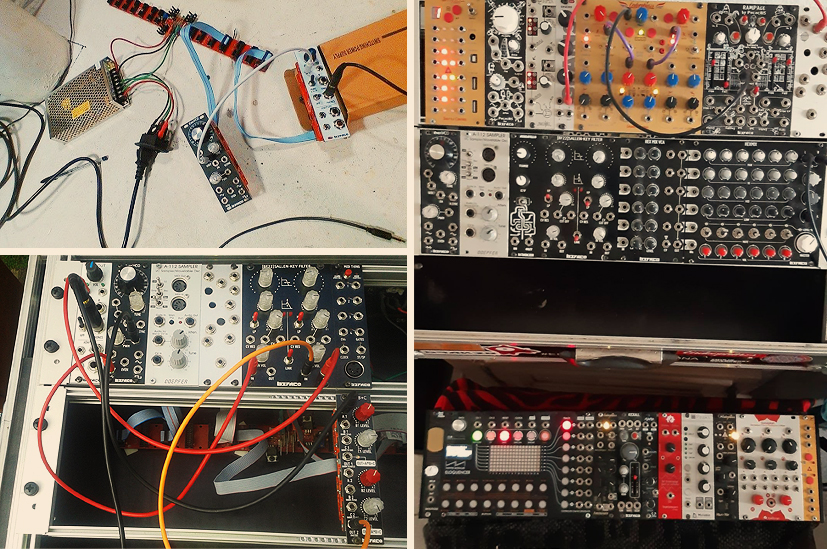 You will find in this package a lot of different sounds to built your track, or to put some in-edit sounds in a video or images. There is a lot of long sequences sounds to create really special atmospheres and crazy FX in your music. We’re here in a magical psychedelic world, which open some really special dimensions.

It takes a long time in the music production process to create long and nice effects and sounds. It’s easier to create short ones. It took me years to design long fade In or fade Out, like drone type. They’re really useful to put a special intensity in your music, which will bring the listener in an intense state of mind. This for why you will find a lot of them in this package.

Twisted Kala has been dealing with creating specific technique of strong effects in music for making long fade out and FX going on 2, 4 or even 8 bar for a few years. These effects have a big impact on the intensity of the track.

For this sample pack have been used:

All sounds were designed and processed with my modular synth. The DAW was used only to record them.

Nowadays, the science recognized that the body is made from 70% of water. This water reacts on vibration of sounds. If you are active producer, dancer or listener of music, you can consciously feel these awesome impulses. You can, with the sounds, help to rise the vibration of the listeners. You can bring them in amazing magical dimensions. 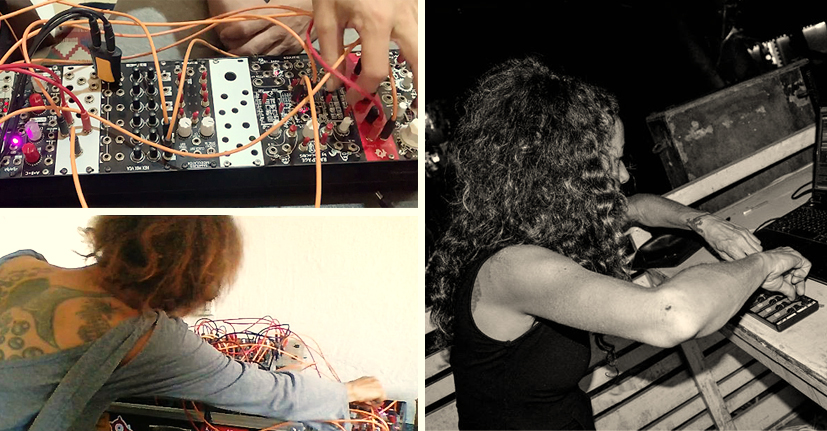 Karine Kala is psychedelic producer from France. She is running two projects: “Twisted Kala project” is 15 years on the psytrance scene, which is well known in many countries in Asia, Europe, Australia and America. Second, the newest project called “Kalaji”. This project deals with modular synthesizer – without computer. The modular synthesizer is really magical instrument for her.