– is an boutique vst plugin equalizer inspired by classic American coil and vacuum tube equalizers from the 50s and 60s.

Thanks to advanced EQ technology you get the sound very close to real analog. No more digital harshness, artifacts and sharp transients.

The plugin is characterized by a soft “passive style” sound in the middle, highs and transients. Liquid and warm tones. During its development, we used advanced methods of emulating individual circuits / blocks as well as sampling analog hardware. 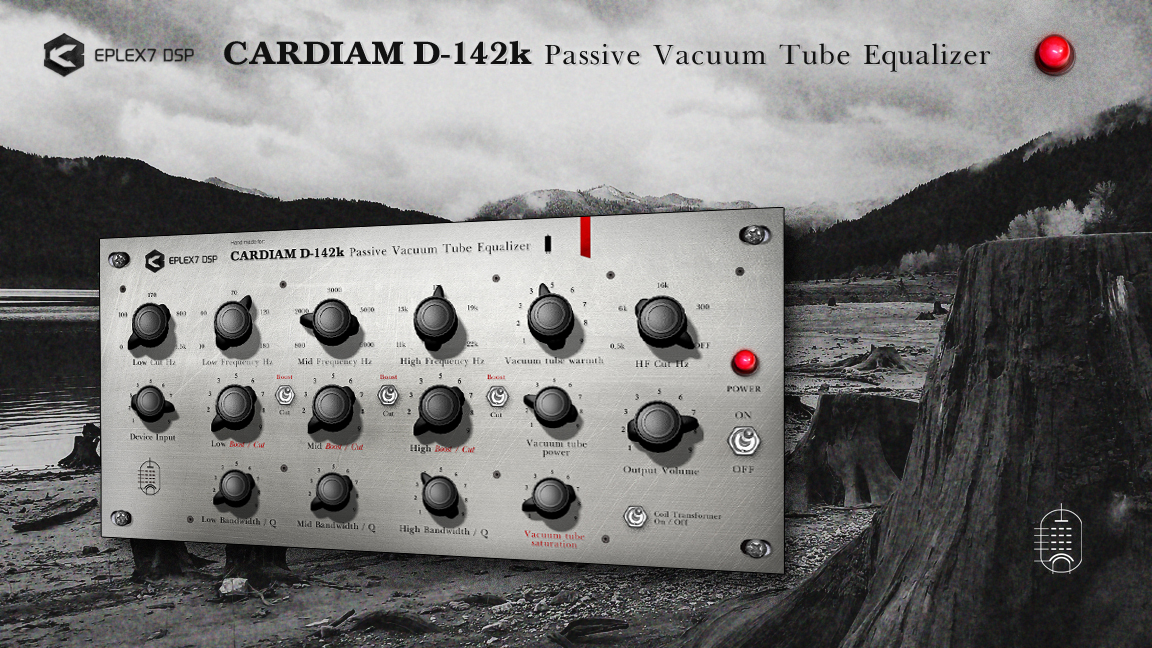 The problem with many digital emulations of analog equalizers is usually that, when boosted they often start to sound harsh, sharp, digital, especially in the middle and high frequencies + transients that can be heard especially when the recording is mastered at high volume (increased volume will bring out errors and problems in the mix / magnifies them like a magnifying glass). You can hear it especially on high-quality mastering and hi-fi speakers, headphones or on powerful PA sound systems in clubs or festivals. In addition to higher harmonics, digital emulations often generate annoying aliasing / artifacts.

We removed all these common ailments of digital analog emulations to the maximum (known) extent possible using technologies: 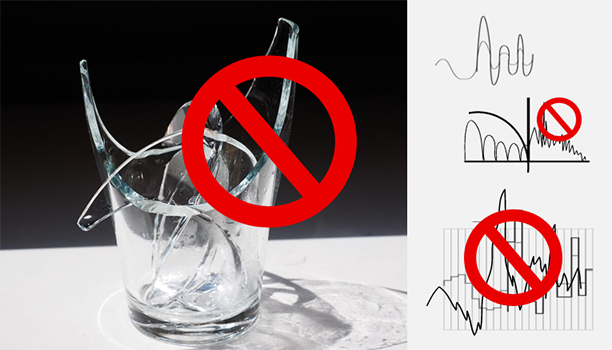 The biggest problem with most digital (and analog) emulations is that they often sound harsh, sharp, digital when amplifying mids, highs and transitions (for example, transiently rich material is drums, percussion). This does not happen with true analog EQs. We have spent over 7 years researching analog circuits, dsp algorithms to eliminate maximum harshness and annoying digital artifacts/sharp transitions.

”We hate harshness, sharp digital highs and transients full of aliasing and artifacts. This often occurs when you boost mids, highs with a digital equalizer or digital analog emulation plug-ins. On ordinary cheap monitors you might not hear it so much when mixing because cheap near-reald monitors don’t have enough detail, but after loud mastering everything will show (all mistakes in the mix, dirt, artifacts, harshness) errors and sound problems will come to the fore and will be magnified by loud mastering like under the microscope. You can hear it on high-quality hi-fi and midfield monitors (this is the reason why professional mastering studios do not use nearfield monitors, but top hi-fi such as PMC, Bowers & Wilkins, etc. with amplifiers such as Hypex, Bryston, Rotel, etc.) or top mastering headphones like Senheiser HD600 and so on. The reason is that normal nearfield monitors do not reproduce enough details, resolution, transients, trebles and do not reveal all errors of sound (they are made for mixing so as not to tire the ears during long-term mixing and production). However, if you take the recording to the club on the PA system, at the festival all the harshness is only amplified because the sound is amplified by 100x power amplifiers. When mixing, harshness is created boosted by digital equalizers and colorants. We have been searching for more than 7 years how to eliminate this digital harshness and artifacts and get as close as possible to the quality of analog outboard equalizers or analog mixing consoles. We invented technologies like Golden Aurea technology and Zero Harshness technology. It won’t give harshness a chance. Try little experiment: use only equalizers and coloration units with this technology for boosting and coloring the sound, no others EQs for boosting (surgical cutting with linear phase is ok of course) and compare how your mixes improve and become more pleasant even after loud mastering, even in clubs and on top hi-fi sound systems”
Said main DSP Engineer of Eplex7 DSP 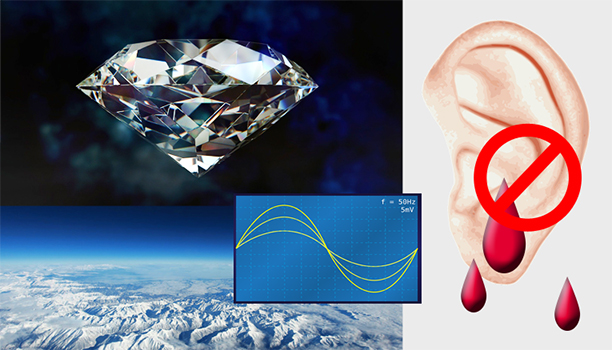 Digital audio brings very good sound resolution, a lot of details, but compared to analog recordings, the sound is often too sharp, and in the case of non-linear digital processing, it often happens that unwanted artifacts are mixed into the sound / created by an average algorithm, transients and trebles are unpleasantly shaped, harsh colored etc. Sometimes these ailments are not so pronounced during mixing on cheap near field monitors, but when you go to mastering, all the errors and unpleasantness of the sound are multiplied, subsequently if the recording is played on a PA system in a club, at a festival or on a high-quality hi-fi (For example, PMC , Bowers Wilkins, etc.) or high-quality headphones (e.g. Senheiser HD600), these sound errors/artifacts are so accentuated after mastering that they literally make listening and the experience of music unpleasant for the listener. With non-linear digital processing, it is difficult to remove them, but thanks to our clean analog top+transients technologies, which we have been developing for many years, we managed to do it successfully. Enjoy clean, soft top, no harshness, no digital sharpness, precise analog sounding trebles and transients and no stress or unwanted compromises during mixing. 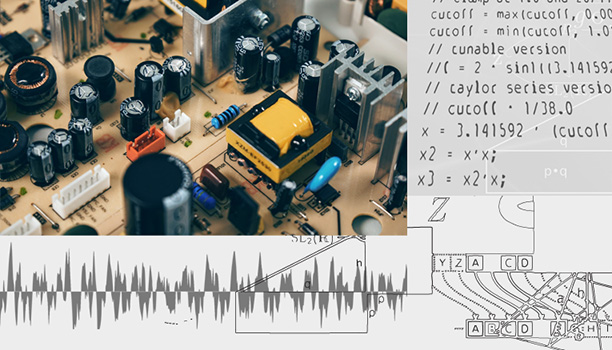 Analog devices are usually made up of individual modules (PCB boards) which are interconnected internally by cables – such as input and output preamplifiers, isolation transformers, a module for equalization of bass, midrange, and treble. These modules are made up of components such as resistors, transistors, capacitors, coils, tubes, etc. Unlike ordinary digital, analog sound is constantly changing – it is as if alive, the values ​​and behavior of individual components fluctuate slightly over time due to, for example, temperature, voltage fluctuations, the effect of sound passing through them as an electrical signal, but also due to their age. They behave very non-linearly, they create a natural saturation not only at the output but also within the individual submodules, there is not only an amount of almost inaudible noise but also coloration, the so-called higher harmonics, the sound gets texture, roundness. Unlike most common plugins, we do not look at emulation as just one code, first of all we try to individually code each sub-module (pcb board emulation) separately, to imitate its behavior in real space including its non-linearities and changes of values ​​over time, to imitate its saturation at the input and output for each individual sub-module, to imitate coloration of every individual pcb board, whether it is an input preamplifier circuit or a treble or bass equalizer circuit. In order to achieve the best possible results, we decided to use a hybrid technology based on non-linear algorithmic emulation of individual modules and, to a small extent, sampling of real hardware. We use advanced mathematical and DSP methods. We believe that this combination provides the best ratio of analog sound quality, software stability, and natural sound. 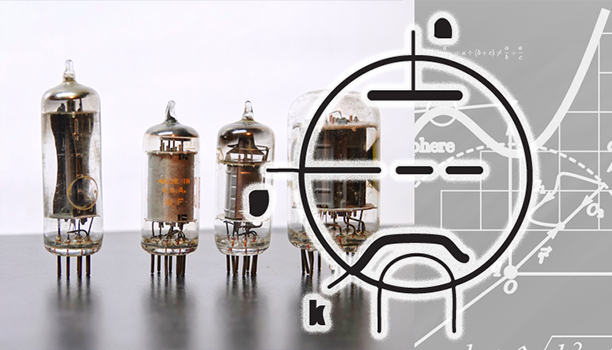 Electron tube (other names: vacuum tube; obsolete: electron lamp, lamp, Valve) is a glass, metal or ceramic vacuum flask that works on the principle of conduction of electric current in a vacuum.

In tubes, the transfer of electrons between the cathode and the anode is used. Electrons exit the cathode, are emitted, and strike the anode, which surrounds the cathode. Electrons captured by the anode create an anode current.

Tubes are usually used to amplify the signal in amplifiers and pre-amplifiers, they were mainly used before the invention of the cheaper transistor. Despite their higher price and short lifespan, they are still preferred by audiophiles around the world. According to many experts, their sound is more pleasant, warmer, fatter, rounder compared to transistors.

In our labs, we’ve developed a believable tube sound emulation to turn digital crisp sound into a fat, round, colorful and pleasing signal. Judge for yourself / switch the bypass on/off.

At the output of the equalizer there is an amplification unit made up of selection tubes. Depending on drive amount, you can either slightly color the sound or significantly saturate, thicken / fatten and make it louder. This algorithm not only emulates the tubes themselves, but also the circuits around them – which gives the sound a characteristic fatness, the so-called first harmonic and so on.

Vacuum tube warmth parameter can not only add temperature to the sound, but at higher values also beautifully round transients and highs, makes them smoother, removing their digital sharpness.

The equalizer is suitable for mixing from the most modern genres of electronic music that need to add warmth, fatness and rounding / softening to all genres of live music. It is especially suitable for mixing, of course it can also be used for mastering. It sounds great with drums (electronic and acoustic), synthesizers, vocals, pianos, guitars, percussion, on submix tracks, etc.

Cardiam D-142k equalizer has also emulation of isolation transformers with on/off switch. The isolation transformer is used in analog devices to separate the circuit from the surrounding world – the sound is not transmitted by a cable but by electromagnetic induction between two windings of the coil – it is mainly used to protect against overvoltages, interference, etc. In addition to functional reasons, however, transformers color the sound nicely, softening highs and transients.

“Clean and accurate Equalizer, suitable for every type of sound. I personally use it to soften harsh frequencies, thanks to the amazing saturation. Great job Eplex7!”

“Wonderful sound, very cohesive and luxurious. For acoustic instruments and vocals, this had some of the best eq I’ve ever heard.
For drums, I was able to get solid low boosts that sounded part of the sound.”

“I liked the sound so I bought it. It has a very nice, “tubey” sound with smooth highs and the possibility to open up material nicely. I like that they integrated control over the saturation, so you can tailor it to your liking… It is a sweet sounding Equalizer! I really hope they keep on refining it…”

“My mixes instantly improved after removing all other EQs and using only this bull.”

“You were right, the problem with highs, mids and transients – harsh digital sound after mastering is mainly caused by boosting digital equalizers. But I finally solved this problem and found an EQ that is very close to the real analog.”

“Your plugins and new equalizer are incredible. We are happy to say, everything you do is divine. Big, incredible work!”

– Device input (can control amount of color / saturation too)

– Input / Output Coil transformer On/Off switch – the isolation transformer is used in analog devices to separate the circuit from the surrounding world – the sound is not transmitted by a cable but by electromagnetic induction between two windings of the coil – it is mainly used to protect against overvoltages, interference, etc. In addition to functional reasons, however, transformers color the sound nicely, softening highs and transients.

– Full version without any restrictions, with special wishes and registered to your name

– Full version is 1 – 7% CPU faster, do not produce sharp noise and silence